This project is a demonstration of Foodmach’s ability to handle the challenge of complex equipment extractions and installations. 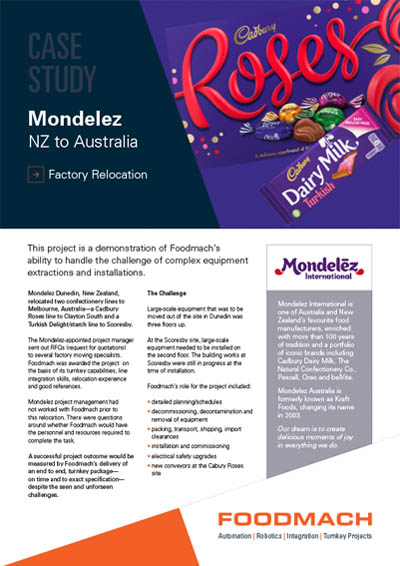 The Mondelez-appointed project manager sent out RFQs (request for quotations) to several factory moving specialists. Foodmach was awarded the project on the basis of its turnkey capabilities, line integration skills, relocation experience and good references.

Mondelez project management had not worked with Foodmach prior to this relocation. There were questions around whether Foodmach would have the personnel and resources required to complete the task.

A successful project outcome would be measured by Foodmach’s delivery of an end to end, turnkey package—on time and to exact specification—despite the seen and challenges.

Large-scale equipment that was to be moved out of the site in Dunedin was three floors up.

At the Scoresby site, large-scale equipment needed to be installed on the second floor. The building works at Scoresby were still in progress at the time of installation.

Foodmach’s role for the project included:

• decommissioning, decontamination and removal of equipment

Foodmach coordinated with mobile crane companies and scaffolding specialists to build platforms outside the building in Dunedin. Equipment was craned out of the third-floor window for packing and dispatch.

The equipment destined for Scoresby, Melbourne needed to be elevated to the second floor before being craned into the new site. Building upgrades were in progress, so containers had to arrive on site in a specific order.

Chris Yule, National Sales Manager, Foodmach: ‘The installation process is like a jigsaw. You don’t want to land-lock yourself—everything needs to come in the right order. It takes a skilled project manager to coordinate equipment arrivals, particularly during building works.’

Foodmach Relocations Project Manager: ‘Working in and around a busy building site was an unexpected challenge. Despite this, we finished ahead of the building contractors and have not been required to remediate any of the work we performed. In our industry, that’s a sign of a job well done.’

This was outside the original scope of work, the Foodmach team completed works by the original finish dates, and within budget.

Foodmach Project Manager: ‘Foodmach provided electrical and mechanical resources to complete extra modifications—including new conveyors at the Roses site—to bring the equipment up to standard. Our mechanical and electrical teams deserve credit for their effort and expertise. They were under huge time constraints.’

Don McLure, Manager, Projects for Mondelez Australia, Scoresby: ‘Despite the complexity of this project, we were able to achieve our sellable product dates. The Foodmach team delivered everything they promised and more.’

‘Even the OEM engineers from key suppliers that came out to recommission the equipment commented it was the best re-installation they had seen.’

Mondelez International is one of Australia and New Zealand’s favourite food manufacturers, enriched with more than 100 years of tradition and a portfolio of iconic brands including Cadbury Dairy Milk, The Natural Confectionery Co., Pascall, Oreo and belVita.

Mondelez Australia is formerly known as Kraft Foods, changing its name in 2003.

Our dream is to create delicious moments of joy in everything we do.

Need some assistance with a factory or plant relocation? 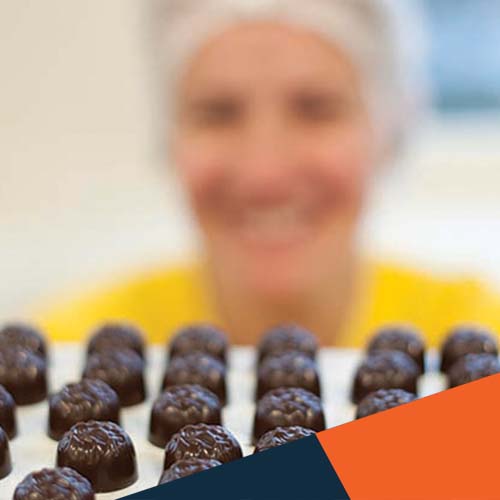 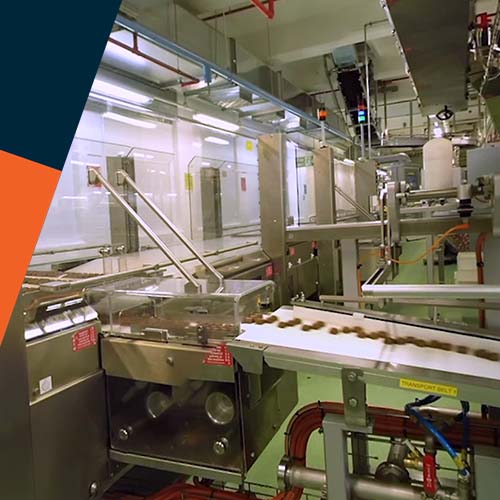 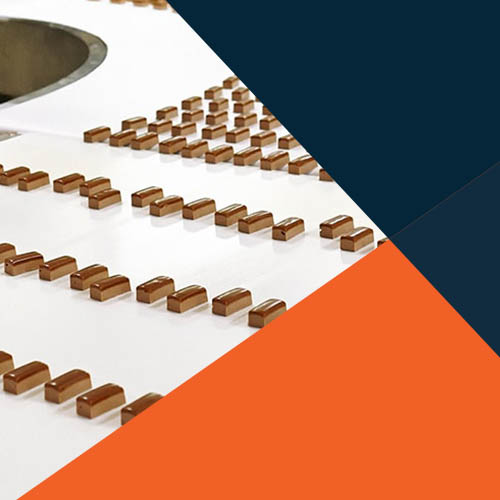 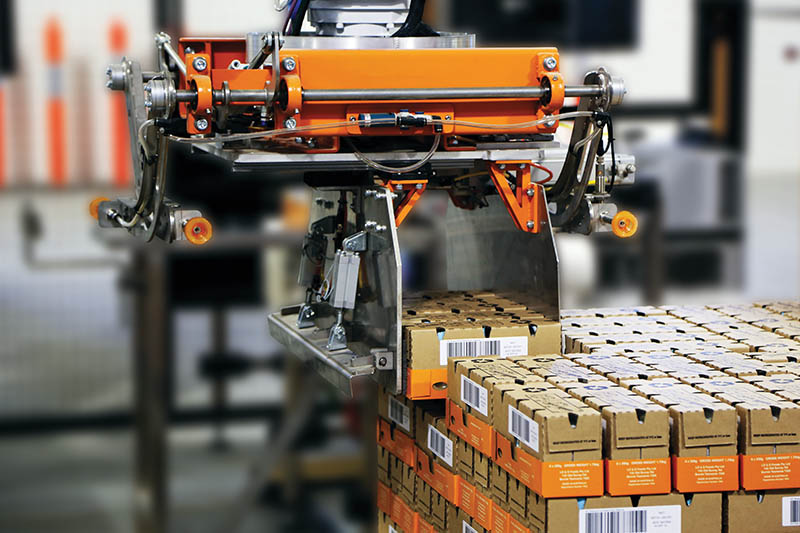 How do you implement Industry 4.0 on the production line? 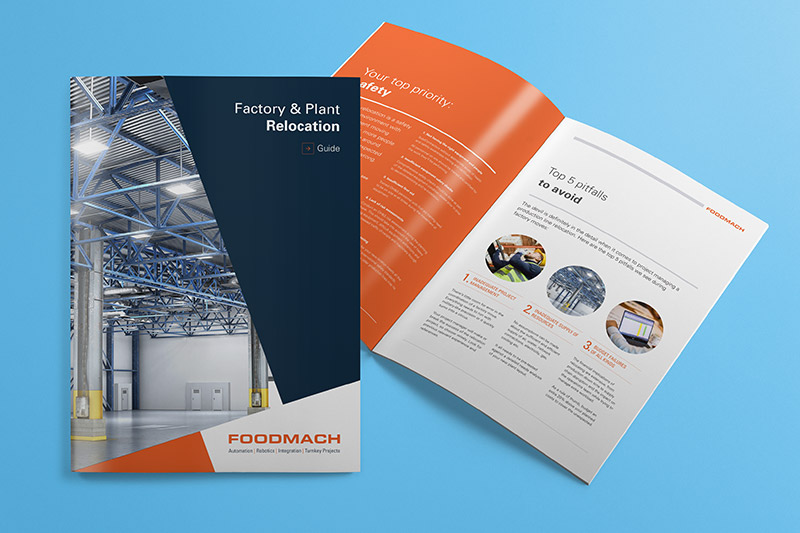 Ebook: Moving equipment doesn't have to be stressful. Here's a step-by-step guide. 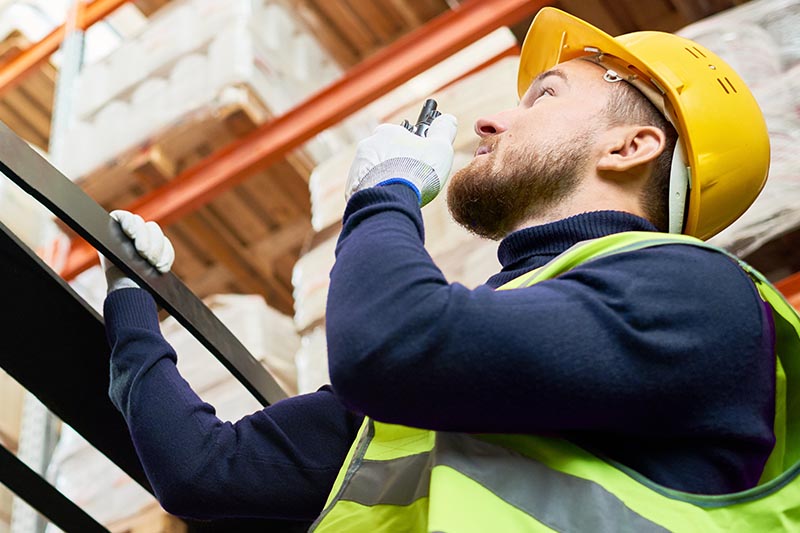